What Do We Do?

Today, we have 27 affiliated clubs with nearly 1500 female playing members in Oxfordshire.

“The Association was founded in 1921 to organise a County Championship each year, to find a County Champion and to select and support a County Team to represent Oxfordshire in matches. The Association also supports a County Second Team, a Seniors Team, a Junior Section and arranges various competitions and meetings for the participation of members.”

How did we get here?

Scroll down to explore...

At a meeting at Joyce Grove on October 31st, 1921 eight female representatives (Captains and Secretaries) from the clubs of Huntercombe, Henley, Caversham, and Peppard resolved that it ‘would be admirable to form an Association of County Clubs’.

The first meeting of the ‘Oxfordshire Ladies County Golf Club’ (as the Association was called then) was not held until February 27th 1923 at Huntercombe GC when it was decided that a club could become a county member club for the annual cost of a guinea, and ladies wishing to become county members must pay an annual subscription of 7 shillings and sixpence. It was only in the 4th meeting in 1925 that it was referred to as the ‘Oxfordshire Ladies County Golf Association’.

Lady Rathcreedan - County Captain 1925 & 26 and OLCGA’s first ever female County President in 1937. She was a member at both Henley and Huntercombe. 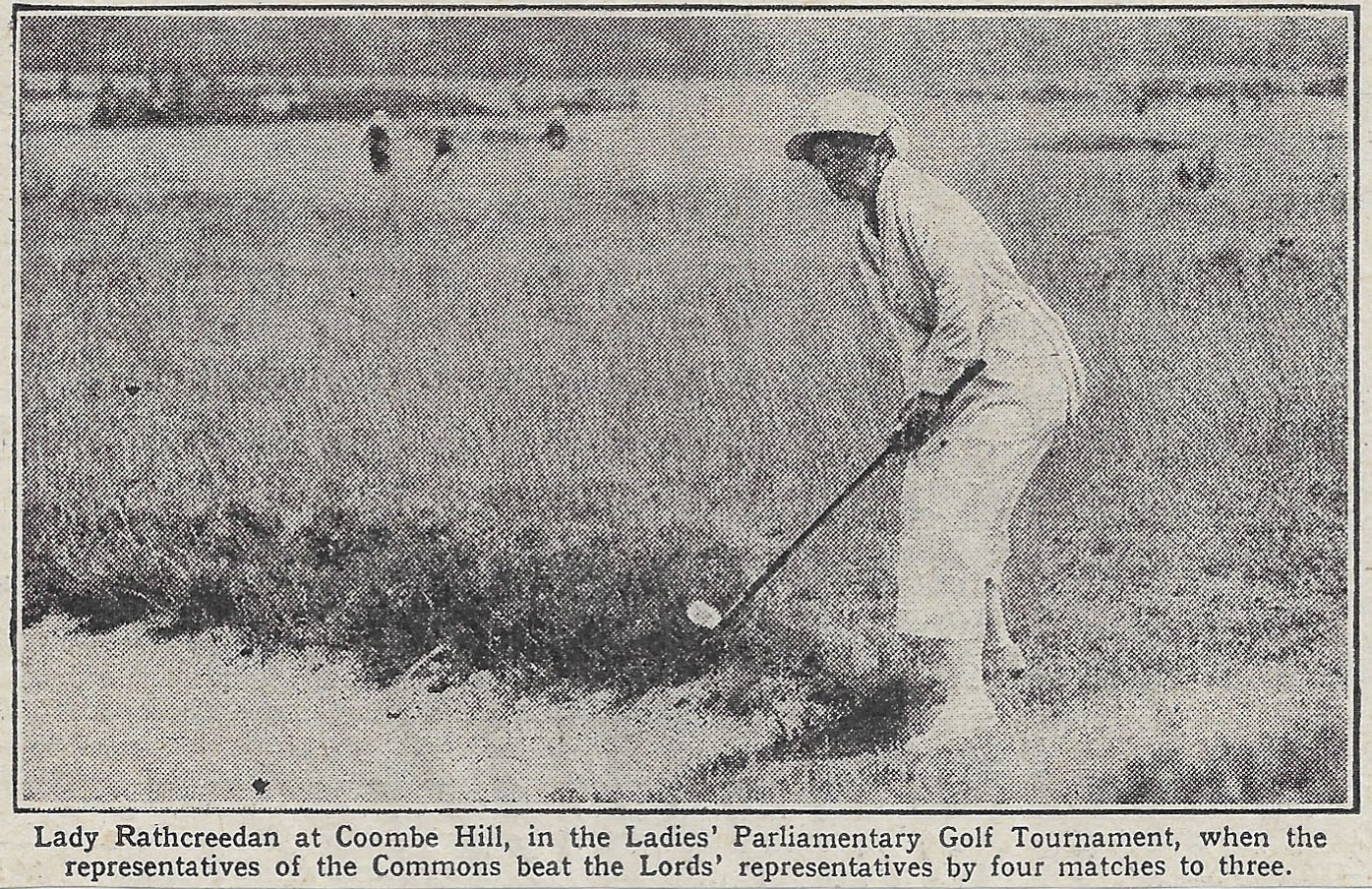 The Championship meeting for 1926 planned to be held at Huntercombe Golf Club was prevented from being held by the General Strike.

In 1928 it was doubtful that the county would continue but at the Sixth General Meeting they voted to carry on.

The First County Championships were held the following year at Huntercombe as an18-hole scratch medal with the top 8 qualifiers going through to knockout. The first recorded champion is in 1929.

Minutes record fixtures at Huntercombe, Tadmarton, Caversham, Southfield and Henley. The following year the minutes book lists the draw for the County Shield which involves the same five teams joined by North Oxford.

The growth in membership from a dozen or so at the start of the previous decade to 52 individuals in 1932 (representing nine different clubs) leads to the first mention of the printing of a ‘members’ book’. In addition to the ‘one guinea’ per club joining fee it was agreed in 1933 that clubs should contribute 2/6d per year. And in 1933 the minutes propose the need for more than one division for the County Championship if there was a large entry. The following year the committee discussed limiting championship entries to 18 handicap and below. By 1936 the results of the county ‘meetings’ were to be sent to the Reading Mercury and the Oxford Times newspapers.

Unsurprisingly there is a gap in the minutes and records book from late 1938 until late 1946! It’s likely that the committee members of 1947 had to face a recruitment drive which explains the question and answer raised in a meeting on 30th November 1949 – why join the county? Because every year you get the courtesy of the course for two meetings and the championship event on great local courses. 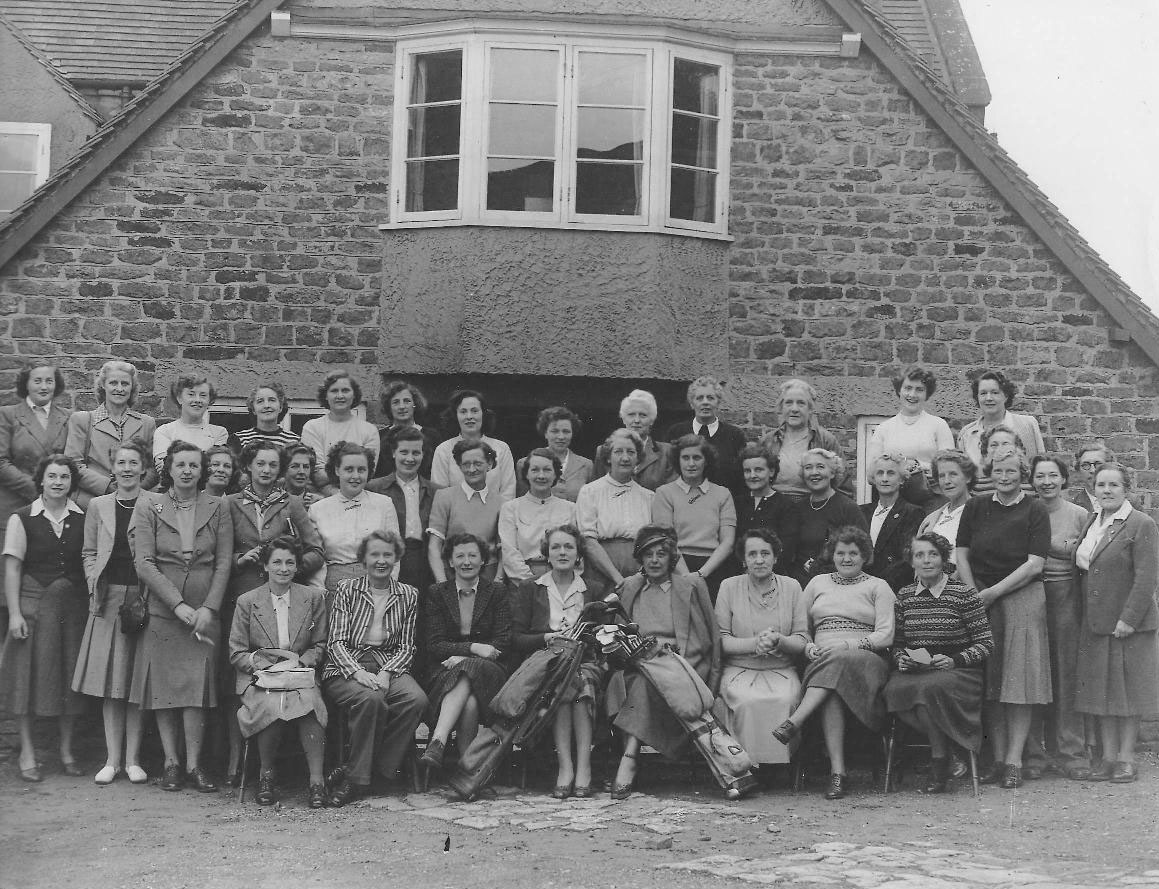 The 1949 OLCGA AGM at Tadmarton Heath GC was held after the members had played both the Autumn Coronation Medal and then the County Shield on the course that day.

From 1923 minutes we learn that of the county’s lowest handicaps formed the County team. Seven of the 12 were selected to play in the first three matches against Middlesex, Herts and Essex. Following trends from other counties who were founded a few years ahead of Oxfordshire, in 1925 County colours (in the form of a badge and a tie) were awarded to anyone who had played 6 times for the county since 1921. In 1926 the 'County tie' was sold at cost price of 6/9d. In 1931 it was agreed that only county team members could wear the county badge. The tie was still available to buy by all members.
Traditionally the county colours were navy and the first mention in the minutes is in 1960 discussing team uniform (navy pullovers/cardigans and navy and white skirt) – paid for by the players. 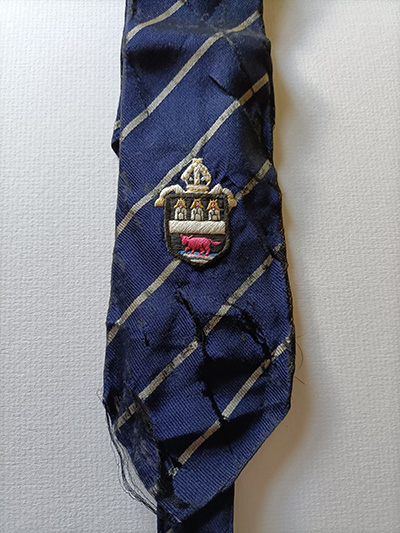 The books recording results from this decade show much use of the Bogey format with afternoon foursomes at spring and autumn meetings being won on a score of ‘13 down’ to bogey. There is also a mention of ‘Bisque Bogey Foursomes’ – readers who are interested should look up this format as it seems to be the equivalent of golfing chess!

Other Fifties fun sees a visit of the Australian Ladies golf team in 1950 and the possibility of needing to order a coach for the 1957 County Spring Meeting at Huntercombe to take those who had insufficient petrol (in the end this was not required).

Navy remains the county colour (with white and red as secondary/shirt colours) until 1988 when lemon yellow sweaters with white blouse were chosen for the county team.
In 1994 the increase in new clubs joining the county led to more than one club choosing the same colour and potential confusion at the at the Inter-Club Trophy event – the minutes of 2/9/94 list 8 ‘new’ sweater colours from salmon pink to puce! The county colours changed in 2011 to black and white.