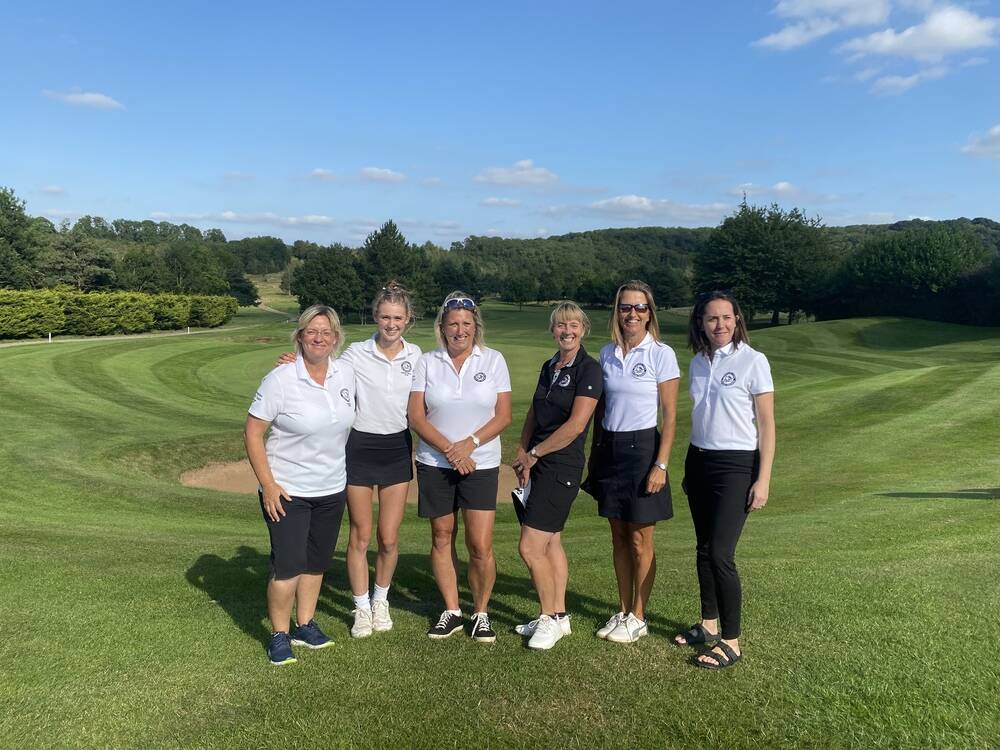 “ The second team final took place at The Vale Golf Course, where Oxfordshire were competing in the 5th place play off against Warwickshire. New squad player Megan Bishop (The Wychwood) led the way fighting back to be 2up after 9 and clinching the win on 16. Sarah Hillas (Henley) stormed to victory with a very impressive 7&6 win. Nikki Halsall (Feldon Valley) was nip and tuck on the front nine being A/S through 10 but finished strong to win 3&2. Lydia Avann (Tadmarton Heath) had a great birdie on 11 to go 6up and a par was good enough to secure the win on 12. Claire Bishop (The Wychwood) was quick out of the blocks on the front nine until her opponent had to concede the match. Which left the Clare Dodds (Henley) battling it out on the course. Clare was 3 up at the turn but her opponent clawed her way back into the match and it was A/S through 16. Clare stiffed her approach to the 17th to go 1up with 1 to play. A great bunker shot meant 2 putts were good enough for the win. A great result for Oxfordshire which meant they won the play off and finished 5th place in the league. Next year they’re going for top spot.
Oxfordshire 6 - 0 Warwickshire
Thank you to the team for an amazing effort and victory - thoroughly deserved.
Millie Anderson
2nd Team Captain “